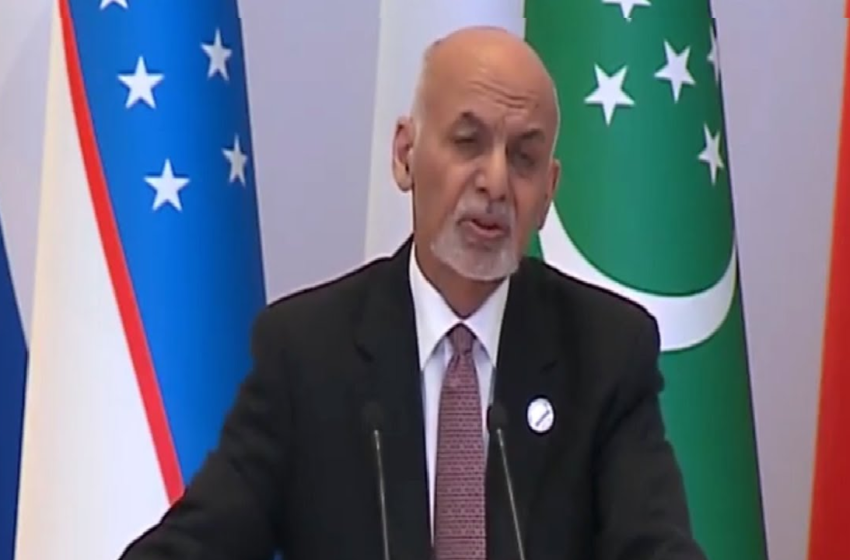 NEW DELHI: A bitter exchange between Afghanistan’s President Ashraf Ghani and Pakistani Prime Minister Imran Khan at the Connectivity Conference in Tashkent, Uzbekistan, underscored the difficulties of finding peace in that troubled country. Ghani warned that “10,000 jihadi fighters had come from Islamabad and other places to fight in Afghanistan last month.”

He added that “contrary to assurances that Pakistan prime minister Imran Khan does not find a Taliban take over in its interest,” there was credible evidence that “networks and organisations supporting the Taliban are openly celebrating the destruction of Afghanistan.”

Imran Khan’s lament that “Pakistan has lost 70,000 lives in the last 15 years. The last thing we want is more conflict,” appeared to find few takers.

India also took deliberate aim at China, and its Iron Brother Pakistan, underscoring India’s faultlines with both. External Affairs Minister S Jaishankar ticked off Imran Khan for claiming that connectivity in the South-Central Asia was being held “hostage” to Kashmir. “The real issues are of mindsets, not of disputes,” he said, “blocking connectivity in practice while professing support in principle benefits no one.”

He slammed China’s CPEC through territory claimed by India in Pakistan, saying connectivity must be “consultative, transparent and participatory. Connectivity efforts must be based on economic viability and financial responsibility. They should promote economic activity and not create debt burdens. Ecological and environmental standards, as also skill and technology transfers, are musts,” he said.

He contrasted the China Pakistan approach with India’s Chahbahar project: “Since 2016, India has taken practical steps to operationalise the Chabahar port in Iran. This provides a secure, viable and unhindered access to the sea for Central Asian countries. Its efficacy is now clearly proven… The formation of (the) India-Uzbekistan-Iran-Afghanistan Quadrilateral Working Group on the joint use of Chabahar port is a welcome development.”

India is now pitching for Uzbekistan’s participation in the International North South Transport Corridor (INSTC), currently planned to run through Iran’s port of Bandar Abbas. Jaishankar was hopeful that member states would agree to the expansion of the INSTC route to include the Chabahar Port and on expanding the membership of this project.”

This would maximise the potential of Afghanistan and if the Biden administration eases sanctions against Tehran, the INSTC could be developed with an eastern leg running to Ashgabat in Turkmenistan, Tashkent in Uzbekistan and Almaty in Kazakhstan.