HYDERABAD: Colloquially, the terms boundary and border are used interchangeably. A boundary is the line between two states that marks the limits of sovereign jurisdiction. In other words, a boundary is a line agreed upon by both states, normally delineated on maps and demarcated on the ground by both states. A border, on the other hand, is a zone between two states, nations or civilizations. It is frequently also an area where people, nations and cultures intermingle and are in contact with one another.

Three distinct steps are involved in boundary making. The first step is to have an overall political understanding of the basic boundary alignment. This step is referred to as allocation. The second is to translate this general understanding to lines on a map and this process is called delineation. The third and final step is to transpose the lines drawn on a map to physical markers on the ground. This step is called demarcation. Quite clearly, therefore, a boundary settlement is not a simple drawing of lines on a map or demarcation on the ground. It is a significant political act.

The principle of ‘uti possidetis juris’ enshrined in international jurisprudence was invariably followed when it came to settling boundary claims. This principle states that whenever a state becomes independent, it automatically inherits colonial boundaries and that any effort to occupy or violate state territory after it became independent would be considered ineffective and of no legal consequence. This principle was recognised by the International Court of Justice (ICJ) as legally valid in the Burkina-Faso vs Mali case (1986). Further, if a state acquires knowledge of an act which it considers internationally illegal, and in violation, and nevertheless does not protest, this attitude implies a renunciation of such rights, provided that a protest would have been necessary to preserve a claim. This appears to be the only logical reason that Premier Zhou Enlai rejected outright Nehru’s offer of taking the boundary issue to the ICJ as conveyed in his letter of 01 January, 1963.

Standoff At The LAC In Eastern Ladakh

The Chinese have occupied Indian territory (our perception of the LAC) in at least two strategically important locations—Depsang Plains and Area Fingers north of Pangong Tso. India, especially our army, has bewildered and shocked China with its resolve, bravery and professionalism. On the night of June 14/15, our tactical acumen and physical bravery at Galwan set the stage and firmly conveyed to China that ‘it was not business as usual of continued soft salami slicing’. The army followed it up by occupying pivotal defensive positions on the night of August 29/30 astride the Kailash range on the south bank of Pangong Tso in the Chushul sector on our side of the LAC, making the Chinese deployment on the northern bank vulnerable and preempting any further adventurism by them in the strategically important area.

Concurrently, while all the action was happening on the ground, the Chinese, as is their practice of subterfuge, continued engaging in talks with their Indian counterparts at the military, bureaucratic, diplomatic and political levels. There is absolutely no ambiguity on the following aspects regarding the LAC:

How can our army trust the Chinese on any future agreement like pullback, or maintain current status quo, create buffer zones (talk in some circles) and so on? It also comes with tremendous challenges for implementation on the ground and such a long LAC even in eastern Ladakh. There is a lot of talk in open channels on the way forward.

There is also a deep worry, especially among the veteran community and defence experts, that gains ‘made on ground’ should not be frittered away at the altar of quick peace, establishing stability, for political expediency, especially in view of significantly important upcoming elections and agreeing to a compromise solution on the ground. Given repeated incidents of China’s perfidy, deceit and deception along the LAC, and blatant violations of all protocols year after year, even a reversion to the status quo ante of April should not be acceptable, and our soldiers and commanders may baulk at the idea.

Withdrawing from the heights of Kailash range is not recommended at any cost as it has strategic ramifications. Occupation by the Chinese in future by stealth will have grave consequences and will be very costly to retake. The option of reviewing and coming up with fresh protocols/agreements does not provide any level of confidence that they will be adhered to by the Chinese.

First and foremost, political policy makers (PM, CCS, NSA), diplomats bureaucrats and, most importantly, senior military commanders (CDS and the tri-services Chiefs) must be on the same page and reach a consensus on the best ‘way ahead’ which does not compromise India’s sovereignty and aspirations. To my mind, the most workable solution is for India and the armed forces to insist on delineation and demarcation of the LAC with China. While it is challenging to achieve, it is the best option to provide at least temporary peace and stability and provides a fillip and direction to the permanent resolution of the India-China boundary issue.

(The author served in the Indian Army for 39 years, He was DG, Army Aviation, before superannuating as Director General of Military Operations (DGMO) in 2015. Views expressed in this article are personal.) 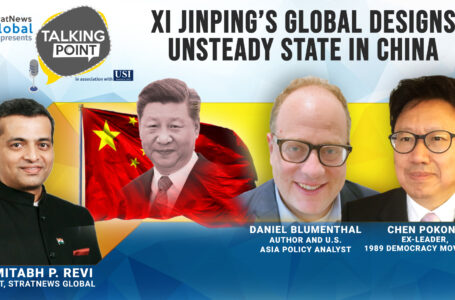 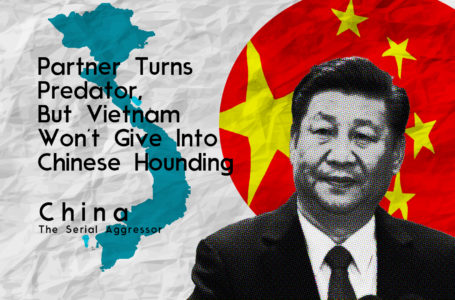