NEW DELHI: May 29 marks one year since the start of protests in Belarus against President Aleksandr Lukashenko. A harsh crackdown last year has intensified after his disputed August 2020 reelection. Lukashenko, who has ruled Belarus with an iron fist since 1994, won his sixth term in office. Forced into exiled, opposition leader Sviatlana Tsikhanouskaya, who ran against Lukashenko, has accused him of rigging that vote and leads the fight for democracy from Vilnius, the capital of neighbouring Lithuania. Speaking to StratNews Global Associate Editor Amitabh P. Revi, she vows to continue the battle for free and fair elections this year. “You’re either on the side of black or white, there’s no grey,” she says, adding, “there’s a need to increase internal and external pressure on the regime.” Till last year, a full-time mother, who was planning to pick up her earlier career as an English teacher, Tsikhanouskaya now travels intensively internationally, campaigning for more ‘targeted smart sanctions’. The United States, Britain, Canada, the EU are among the countries to have imposed asset freezes and travel bans on almost 90 officials, including the President. The U.S. passed sweeping legislation in November last year.

With aid running into billions of dollars and control over energy supplies, she admits “Russia plays a big part in what really happens in Minsk,” but distinguishes between the people and the leadership, saying, “it’s a pity the Kremlin is supporting the illegitimate, criminal Lukashenko regime,” adding, “they have to understand that people are not ready to accept Lukashenko.” Meanwhile, this week, ‘Tut,by’, one of the most popular news sites has been raided and blocked, with staff facing charges of a maximum of seven years in prison. Activists say more than 34,000 people have been arrested in Belarus since August 2020 in the continuing crackdown. 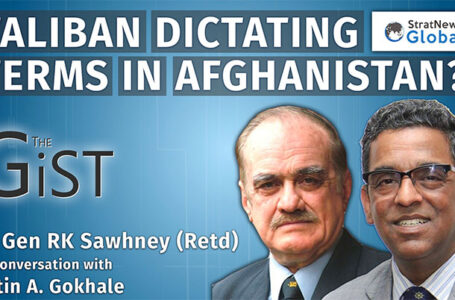