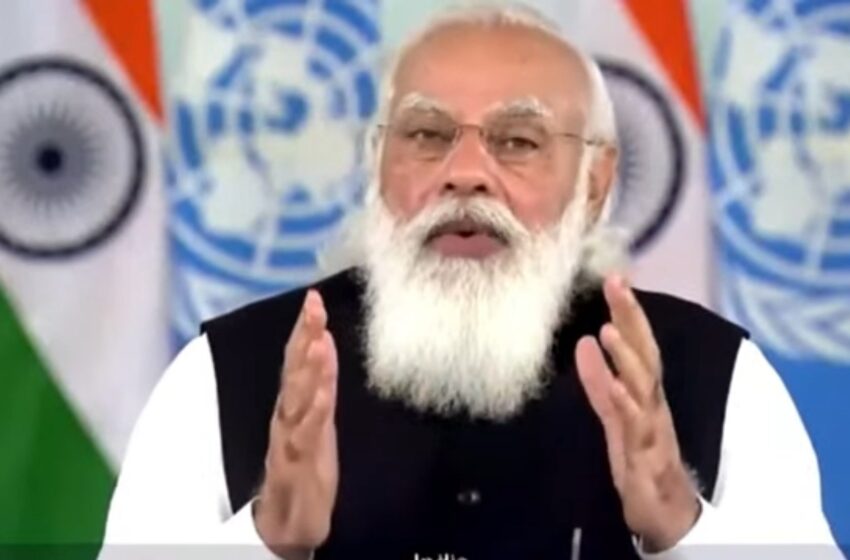 NEW DELHI: In the first ever address by an Indian Prime Minister at a UN Security Council debate, Narendra Modi proposed a five-fold plan to tackle maritime challenges. “We need to remove barriers to legitimate maritime trade,” he insisted as any “threat to maritime trade can threaten the global economy. Maritime disputes must be resolved peacefully and in accordance with international law. We must also jointly fight maritime threats which can range from natural disasters and non-state actors. Fourth, we need to conserve the maritime environment and marine resources and finally we need to promote responsible maritime connectivity.”

This was also the first time that maritime security was discussed as an “exclusive agenda item at such a high level”, the Ministry of External Affairs said. India took over the presidency of the UNSC from France in August and Tuesday’s proceedings hinted at Delhi’s agenda during its two-year term.

Modi also warned that “Maritime routes are being misused for piracy and terrorism. There are maritime disputes between several countries and climate change and natural disasters are also challenges to be faced,” and he urged a “framework for mutual cooperation”.

Later President Vladimir Putin underscored that the principles in the UN charter “such as respect for sovereignty, non-interference in the internal affairs of another country and settling disputes through dialogue,” should be the basis on which international maritime co-operation should proceed.

“Russia is doing a lot to maintain international maritime security both in the UN and in multiple regional formats as well. We are working to curb piracy off the coast of Somalia, working in the Asean Regional Forum as well as the East Asia Summit. We also want to build co-operation with the Indian Ocean Rim Association in this regard,” he said.