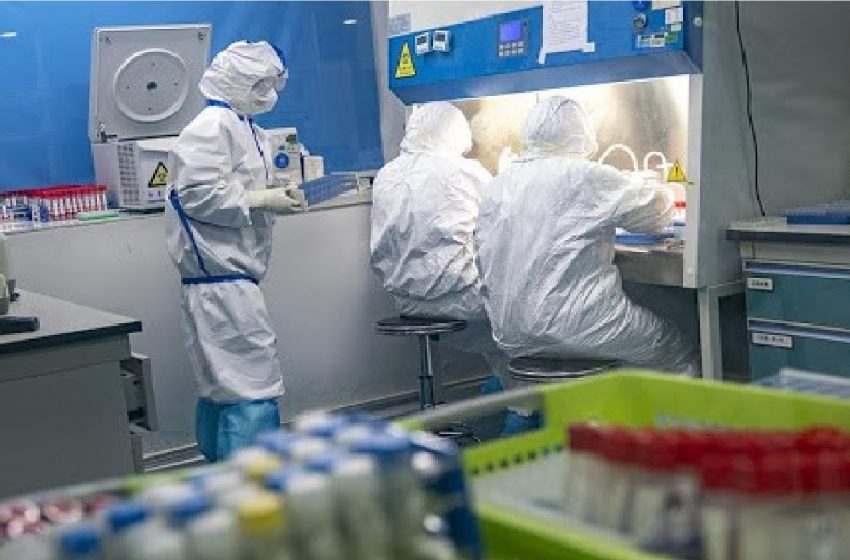 NEW DELHI: What is China hiding? The question is not rhetorical, not least because U.S. Secretary of State Mike Pompeo’s claim of “enormous evidence” linking the Wuhan virus to a Chinese laboratory.  Beijing’s unwillingness to share information about the role it has played in unleashing a virus that has wreaked damage on a scale not seen since World War II, has prompted questions from various quarters, among them former ambassador and foreign secretary Shivshankar Menon.

In a recent webinar, Menon said that he was “surprised” Beijing itself had not come forward to participate in an “international investigation” into the origins of the Wuhan virus.

China’s behaviour has done it no favours. It allowed the WHO chief – seen as a China lackey – to give it a clean bill of health and when the disaster could not be contained, it sought to divert and manipulate by claiming the virus originated from the U.S. Such thoughts were voiced by people who mysteriously showed up on Twitter drumming Chinese propaganda.

These actions suggest that there is something more to the story. Viruses and pandemics are serious business so why were Chinese authorities willing to let a whistle-blower doctor die and his colleagues mysteriously disappear? Why were they willing to risk domestic public anger – something Beijing is normally sensitive to – by openly allowing this.

Role of the ‘Bat Woman’

Beijing’s hide-and-seek game continues to this day. What exactly is the fate of the ‘Bat Woman’ Shi Zhengli? A leading Chinese virologist from the Wuhan Institute of Virology (WIV) whose mysterious disappearance sparked speculation. Logically, Shi could have been at the forefront of Beijing’s bid to clear up its role on the Wuhan virus.

Instead, she has been both silent and missing. Shi recently appeared on Chinese multi-purpose media platform WeChat to say that, “Everything is alright for my family and me, dear friends!” But given the fate that befell Dr Li and the mysterious disappearance of his colleagues, such statements are not credible.

Why Shi Must Remain Silent

Why is Shi’s silence so important to China? Because over five years ago she had warned that Chinese bat populations would lead to virus pandemics. In a scientific paper that she co-authored, she wrote with chilling accuracy that the SARS virus outbreak, “heralded a new era in the cross-species transmission of severe respiratory illness with globalisation leading to rapid spread around the world and massive economic impact.”

It was clear now. If she had been allowed to speak clearly and openly, Shi would have ripped apart the Chinese narrative. It would also show that Beijing had been sitting on a possible pandemic and did nothing about it.

If you take the “Shi factor” into account, the Chinese government’s narrative makes sense. Blame a wet market, call it an accident, shut it down and deflect blame to confuse the world further.  To do otherwise would show that China was harbouring disease-like conditions, that too post the first SARS outbreak in 2002-2004, and allowed those conditions to fester despite warnings. For the Chinese Communist Party that has built its image on infallibility, the tall claims, lies and coverups were inevitable.

The Washington Post quoted a study in The New England Journal of Medicine which found “that of the first 425 patients, only 45 percent had connections to the (wet) market.” A separate January 24 analysis published in The Lancet found that three of the first four cases — including the first known case — “did not have market links.” So this virus had come into the market before it came out of the market!

Virus May Have Escaped From Lab

The other interesting fact pointed out by the Washington Post, is the two laboratories that study coronaviruses originating in bats — the Wuhan Institute of Virology (WIV) and the Wuhan Center for Disease Control & Prevention — are located close to the seafood market

Why is this relevant? Fears about lack of skilled and trained technicians, bio-safety managers and engineers had been pointed out by Chinese scientists over and over again.  The WHO said in April 2004 that the SARS virus had escaped from a Chinese lab. It involved two post-graduate students, a female and a male both working at the Chinese Institute of Virology in Beijing, part of China’s Center for Disease Control.

Experts say it is almost impossible for viruses to infect researchers if proper safety is maintained, so there must have been some mishandling leading to the infection spreading among the public. Shi confirmed it in an interview with the Scientific American, that the “Wuhan virus” may have escaped from her lab.  She has since denied it. But it is safe to conclude that the lack of proper safeguards and proximity to a public place has caused the world’s most dangerous global pandemic. And the blame lies squarely with China.

Time To Own Up

Beijing must answer tough questions, allow an international investigation and if found guilty, be made to pay compensation. Its bid to change the narrative and bully others into accepting it is not working. On the political front, distrust is growing and on the economic front, it will be hit badly.

China’s economy is already facing this. US giants Apple, Microsoft and Google are moving or diversifying their manufacturing facilities from China to other potential countries. Japan has also announced that it would spend over $2 billion to help its country’s firms move production from China. India, Vietnam and Thailand are likely to be the beneficiaries.

Beijing seems to have forgotten that we are no longer living in a Cold-war era. Today’s interlinked, globalised world requires a multi-polar cooperative approach. Bullying and economic sweeteners won’t help here because, in the public mind, China is the country that gave the world the Wuhan virus. The only thing China can say now is, “Yes, we did it,” and accept whatever follows. To do otherwise is a slow road to ruin.