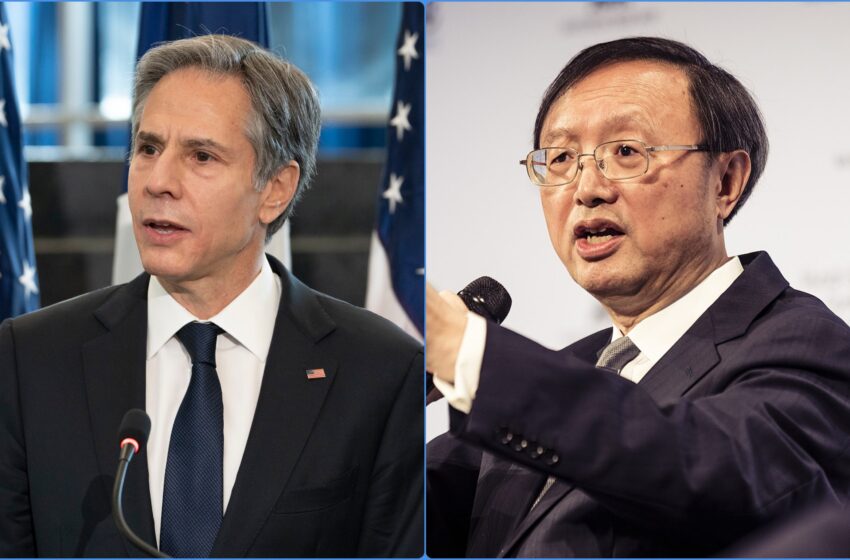 New Delhi: Acrimony is no stranger to diplomacy, but the first round of the US-China dialogue in Anchorage, Alaska, was redolent largely of that.

US Secretary of State Blinken in his opening remarks, underscored Washington’s “deep concerns” with China’s actions in Xinjiang, Hong Kong, Taiwan which threatened “global stability”. He warned that the alternative to the rules based international order would be one where “might makes right and winner takes all, and that would be a far more violent and unstable world for all of us.”

US National Security Adviser Sullivan rubbed salt into Chinese wounds lauding the “can do spirit” of the world’s democracies and the virtues of a “free and open Indo-Pacific”. He said partnerships like the Quad “can deliver progress and prosperity for our people’s, knowing full well Beijing’s antipathy for the grouping.

Yang Jiechi, China’s topmost foreign policy official, gave as good as he got, underlining that Xinjiang, Tibet and Taiwan are an “inalienable part of China’s territory,” and called on the US to “change its own image and to stop advancing its own democracy in the rest of the world.”

He pointed to the “wars in this world launched by some countries which have resulted in massive casualties”. He rejected US-style democracy, insisting that Chinese style democracy “are the same as the common values of humanity.”

Then it was Foreign Minister Wang Yi’s turn, also speaking in Mandarin, who urged the US to “fully abandon the hegemonic practice of wilfully interfering in China’s internal affairs” and expressed his outrage over US sanctions over Hong Kong.

Since both Chinese leaders spoke in Mandarin, their remarks went on longer as translation into English took time.

At one point Wang Yi appeared to lose his composure, demanding to know from the US if this “Is the way that you had hoped to conduct this dialogue?”

There was even disagreement on when the media should leave the briefing – which did suggest that the offensive approach taken by the previous Trump administration vis a vis China is likely to continue with the Biden administration. Blinken’s earlier statement given in a speech where he called the US-China relationship as the biggest “geo-political test of the century” had earlier left some wondering whether there was room for conciliation.

The US sanctioning of 24 Chinese officials on the eve of the talks follows the playbook of the Trump administration which had imposed visa and asset sanctions on Chinese politburo members for their “violation of human rights in Xinjiang.”

China’s state-run Global Times newspaper faulted the US, saying imposition of the sanctions just ahead of the meeting was like “a host spitting on the table when inviting a guest for dinner.” The article also quoted the Chinese Foreign Ministry as stating that Beijing would take counter-measures.

The dialogue will continue for another day where the two sides may make an effort to come to some sort of an understanding.