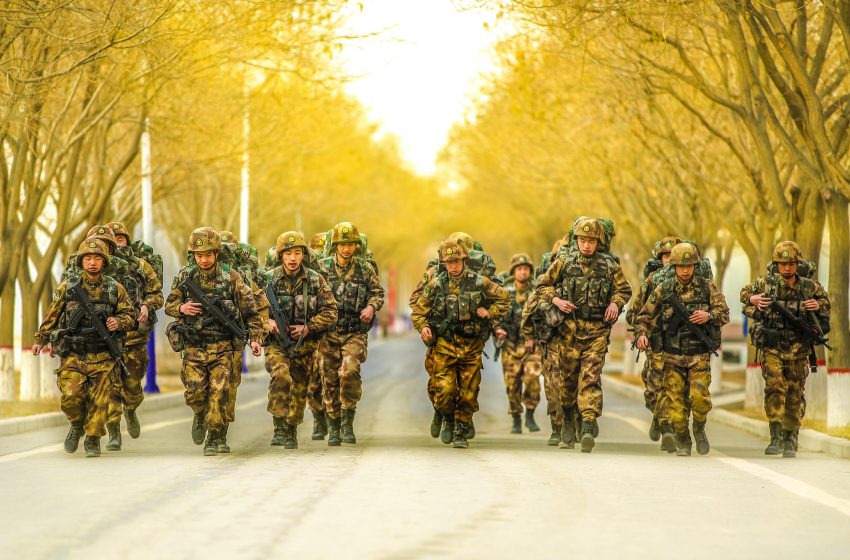 NEW DELHI: China’s military played a key role in checking the spread of the coronavirus beyond Wuhan and Hubei province. There were thousands of medical personnel from the People’s Liberation Army (PLA) deployed to fight the virus. Additional personnel were deployed to aid infrastructure building and provision of essential supplies. In fact, it appears the military brass saw the exercise as an important test of their logistics capabilities.

Which is why, there is skepticism surrounding the Chinese claim that none of their military personnel was infected by the virus. In a report titled ‘Impact of Covid-19 on the Chinese Armed Forces’, Bengaluru-based think tank Takshashila Institution argues that this claim is not supported by the facts on the ground, pointing out that in the case of the SARS outbreak in 2003 in China, around 8 per cent of all infected cases comprised Chinese military personnel. At that time, China had deployed 1200 medical personnel apart from other members of the PLA. Then too, China had denied any infection among its military personnel, which was debunked by the World Health Organisation (WHO) citing the above figures.

The report authored by researchers Suyash Desai and Manoj Kewalramani makes the point that today’s coronavirus is far more virulent and infectious than the SARS epidemic. Taken together with the unprecedented mobilisation of military personnel (around 7000 PLA personnel including 4000 PLA medics, and 5,60,000 militia), the report notes “there is clearly a greater probability of infection among these individuals”.

But according to the China Centre for Disease Control, across the country in February, infections were only 4.17 per cent or 3,019 with 87.3 per cent reported from Wuhan and around Hubei province. “This means that roughly 2636 civilian medical personal in Wuhan had been infected,” the report says, adding that “according to Chinese media reports, around 122,000 civilian medical workers from around the country were deployed in Hubei to deal with the outbreak. This implies an infection rate of 2.16 per cent among all medical workers deployed in the province.”

Assuming that PLA medical personnel were working in similar conditions with similar protective equipment, it means that at least 86 of the 4000 odd deployed would have been infected. This does not include the PLA and PAP (People’s Armed Police) personnel providing logistical support or the multiple PLA facilities in Wuhan and other provinces. For instance, a report referred to “new pneumonia” among the PLA Airborne Corps in Xiaogan, Hubei on January 26. The same report said 200 personnel were isolated in a hangar at the facility and 300 naval personnel were isolated at the submarine facility in Sanya. There were reports of infections among the PAP and members of the Rocket Force University of Engineering as well as crew on the Shandong aircraft carrier.

Wuhan, the epicentre, of the coronavirus outbreak, is also the centre of naval shipbuilding in China. Key naval research institutes are located here, also the Wuchang Shipyard of China Shipbuilding Industry Corporation, all of which would have been impacted by the 76-day shutdown. The same company’s subsidiaries in Liaoning where submarine work is done would have also been hit, with its annual production of three submarines coming down.

The report argues that with the economic slowdown, the IMF has dialed down China’s growth projections to 1.2 per cent. It says “more capital is likely to be directed towards maintaining existing equipment than for procurement … the commissioning of newer equipment for all the services is likely to slow down, as maintaining machinery would most likely be given priority.”

It appears there will be only one round of conscription into the PLA this year due to the coronavirus. This will set back the planned move towards twice a year conscription and in that sense, could impact on the PLA’s combat power.

On the flip side, the report notes that this crisis could help the PLA recruit better educated and younger recruits who otherwise, would have gone into China’s thriving private sector. The economic slowdown caused by the pandemic is expected to hit China hard, impacting opportunities, pay scales and job security.

The report notes that PLA’s training with foreign forces has come down with the PLA taking part in bilateral drills in the first three months of this year. “Drills with foreign forces enable personnel development, intelligence gathering, equipment testing and familiarization with unfamiliar geographies,” the report says. “All these are essential for a rapidly modernizing force that lacks combat experience.”

But the force has been far more aggressive in its maritime neighbourhood. Since January, Chinese forces have conducted multiple day and night time drills near Taiwan. In early March, PLA-Navy and PLA-Air Force conducted a joint drill simulating face-to-face encounters with invading foreign aircraft and warships in the South China Sea.

Towards the end of the month, a Chinese vessel rammed into a Vietnamese boat in the South China Sea, sinking it. This was followed by the Chinese survey ship Haiyang Dizhi 8 entering Vietnamese waters.

It prompted the U.S. State Department to warn on April 6 that “Since the outbreak of the global pandemic, Beijing has announced new ‘research stations’ on military bases it has built on Fiery Cross Reef and Subi Reef, and landed special military aircraft on Fiery Cross Reef. The PRC has also continued to deploy maritime militia around the Spratly Islands.

The PLA-N has also focused on activities in the western Pacific. On February 17, the US Navy said one of its Poseidon maritime aircraft had lasers directed at it by Chinese naval ships while flying over international waters 380 miles from Guam. This was around the time the PLA-N was holding drills near the international date line. Chinese analysts said it indicated the navy’s intention to go deeper into the eastern and central Pacific. In April, the Liaoning carrier strike group sailed through the Miyako Strait near Okinawa.

Chinese reports claimed such activities showed how well the PLA has carried its epidemic prevention and control work with the pandemic having no impact on its deployment and operations.