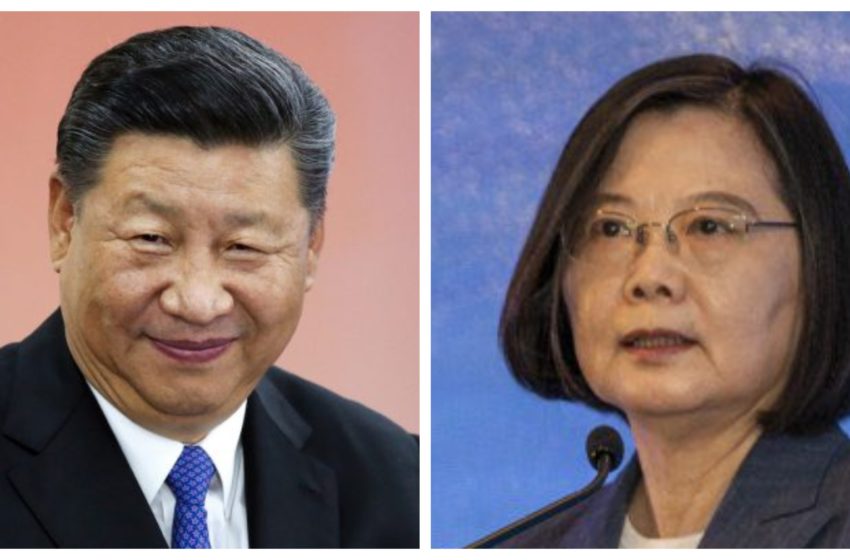 NEW DELHI: Taiwan has reacted with anger and regret to China’s National Security Law on Hong Kong, which took effect on June 30. In a “position paper” detailing Taiwan’s diplomatic response, the Ministry of Foreign Affairs warned that the law “effectively terminated Hong Kong’s ‘one country, two systems’ framework and is a grave renunciation of the commitment China made to Hong Kong and the international community. The criminalization of certain actions under this law applies not only to Hong Kong, restricting the high degree of autonomy that its people have enjoyed; rather, like a decree by imperial China, its scope extends to the entire world, seriously undermining the widely held values of democracy, human rights, and freedom.”

Taiwan warned that the national security law would spell an end to the Occupy Central and anti-extradition bill movements, as well as any similar protests in the future and are designed to suppress democratic forces in Hong Kong through shock and awe. The four main offenses targeted in this law are secession, subversion, the organization and perpetration of terrorist activities, and collusion with a foreign country or with external elements to endanger national security.

“Vacuous, vague, and open to arbitrary interpretation by the Chinese Communist Party (CCP), the law has been specifically formulated to address Hong Kong’s Occupy Central and anti-extradition bill movements. Through this targeted legislation, the CCP is seeking to legitimize its intervention in Hong Kong’s autonomy and control of related personnel affairs, as well as establish a legal basis for the entry of armed police into the territory, and thus effectively deter and suppress democratic forces in Hong Kong, while engendering shock and awe among them,” the position paper notes.

The law applies to the entire world, severing Hong Kong’s links with the international community and strengthening the CCP’s authoritarian rule: Article 38 of the law stipulates that “this Law shall apply to offenses committed against the Hong Kong Special Administrative Region from outside the region by a person who is not a permanent resident of the Region.” This is equivalent to asserting extraterritorial jurisdiction in every corner of the world, and will isolate Hong Kong from global concern and support and create a chilling effect by which the CCP may consolidate its authoritarian system.

The paper sounds a warning: CCP national security authorities are now the puppet masters over the Hong Kong government, and Taiwan may be China’s next target: The law defines the offense of secession as separating Hong Kong or “any other part” of the PRC. This demonstrates its intention to deliberately suppress collaboration between what the CCP commonly refers to as the Hong Kong and Taiwan independence movements, and to use this national security law to impose restrictions on cross-strait relations. In addition, the implementation rules for Article 43 of the national security law require foreign and Taiwan political organizations and agents to provide information on activities concerning Hong Kong.

“The Hong Kong police are empowered to conduct random searches and secret wiretaps, demand information, and freeze or confiscate property if the national security authority of Hong Kong finds a suspect in violation of regulations or involved with actions that threaten national security. Failure to cooperate with the police can lead to fines or detention. This is in severe violation of people’s rights to their persons, property, privacy, correspondence, and trade secrets. Local employees at the Taiwan Economic and Cultural Office in Hong Kong, for fear of being designated agents of Taiwan, may no longer be able to continue working for the Office. This, in turn, may lead to the suspension of operations of this Office, as the government of Taiwan is unable to send public servants to Hong Kong.”

Totalitarian China’s renunciation of its international commitments exposes its ambition to impose its will and reshape the international order: By imposing this national security law on Hong Kong, the CCP has seriously violated the Sino-British Joint Declaration, shattered Hong Kong’s “one country, two systems” framework and high degree of autonomy, renounced its commitment to Hong Kong and the global community, and exposed its intention to disrupt the rules-based international order. The law’s criminalization of speech removes any limits to what could constitute a national security offense, and the law is also applicable to any person in the world, and to offenses committed on board a vessel or aircraft registered in Hong Kong, seriously contravening the basic principles of international law and truly exposing China’s ambition to extend its domestic law to the rest of the world.

China’s use of authoritarian rule to trample on democracy and human rights proves that autocracy and democracy are incompatible: The CCP’s imposition of the Hong Kong national security law marks an attempt to trample on democracy and human rights, and exposes totalitarian and autocratic China’s inevitable ideological clash with the free world. Taiwan urges the international community to recognize the true nature of the CCP’s autocratic regime, and calls on like-minded countries to engage in concerted opposition.

Taiwan occupies a key position in safeguarding democracy in Asia, and hopes the international community will jointly support the people of Hong Kong and protect Taiwan. The global community must take seriously the expansion of the CCP’s authoritarian system and ideology throughout the international arena. Taiwan stands on the global democratic community’s first line of defense, and the survival and development of democratic Taiwan are key to regional peace and stability. We urge the international community to come together to counter China’s hegemonic expansion and work collectively to safeguard Taiwan’s democratic system and protect it from destruction at the hands of totalitarian China.