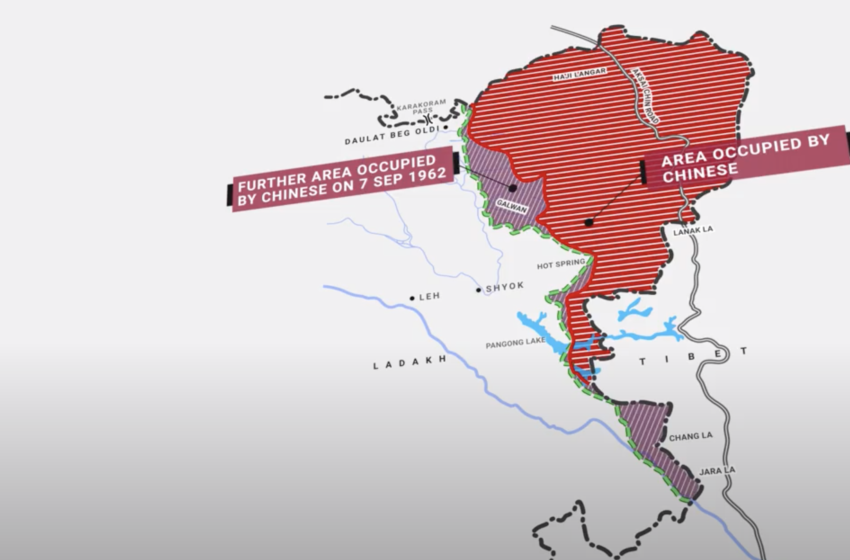 PUDUCHERRY: The Ladakh situation, especially the brutal killing of the Commanding Officer (CO) of 16 Bihar battalion and 19 other men, has generated a lot of debate in the print media as well as TV studios. Some observers have noticed that India has the largest number of experts not only in cricket but also in the medical field (COVID-19) and even in defence matters!

However, some comments that came from knowledgeable former diplomats who served in China or retired army generals who had dealt with the Chinese People’s Liberation Army (PLA) are worth noting. In the first category, Ambassador Gautam Bambawale rightly explained on StratNews Global that Beijing has broken one clause or another, of each and every agreement that it has signed with India since 1993 to maintain peace and tranquility along the Line of Actual Control (LAC).

The fact that the mysterious line never existed, except in the Machiavellian mind of Zhou Enlai, is not relevant here.

Hardly two months after Mao solemnly announced the birth of the People’s Republic of China from Tiananmen Square, the PLA annexed Xinjiang, closing down the Indian Consulate in Kashgar in the same stroke. Delhi was told that the new regime would have to renegotiate all its former agreements, a position untenable in international law.

By taking over Xinjiang, Mao controlled the western borders of the Middle Kingdom, he could access trade with Central Asia and block any possibility of Soviet southward advance; he also came for the first time in contact with the Indian frontiers, particularly the Aksai Chin area, witnessing the present tension. The capture of Xinjiang, formerly East Turkestan, was perhaps one of the greatest strategic feats in modern military annals.

Mao Zedong’s words are telling about the mindset of the Chinese military leaders at that time: “People may ask if there is a contradiction to abandon a territory gained by heroic battle. This is to put the wrong question. Does one eat for no purpose simply because he relieves himself later? Does one sleep in vain because one wakes up and goes about? These are illusions born out of subjectivism and formalism and do not exist in real life”.

The ‘real life’ meant controlling Xinjiang and Tibet… and Aksai Chin, including Galwan, Hot Springs or Pangong Tso areas and building a road linking the two new acquired provinces. This was done in the early 1950s.

The first broken promise was about the Indian consulate in Kashgar; despite Beijing’s promises, it would never be reopened. Further, Beijing repeatedly told the Uyghurs that the PLA had come to help them to develop the area; the Uyghurs still do not understand how they have been ‘helped’ during all these decades. India kept the closure of its consulate secret because “nothing could be done about it”.

The Case of Tibet

A few months later, Sir Girija Shankar Bajpai, then Secretary General of the Ministry of External Affairs told US Ambassador Loy Henderson: “India [is] at present so immersed in problem [of] maintaining world peace it was giving little thought to Tibet; in fact, he did not recall that Tibet was even mentioned during recent Commonwealth Conference”. That was another blunder.

A two-phase operation was meticulously planned by Mao Zedong; the first part culminated in the Battle of Chamdo in 1950, which saw the Tibetan forces being decimated; after winter had passed, the Communist regime started the second phase, a diplomatic one; the weak Tibetan State was forced to put its thumbprint on an agreement allowing Communist China to take over the Land of Snows.

An ‘Agreement on Measures for the Peaceful Liberation of Tibet’, better known as the ‘17-Point Agreement’ was signed (‘under duress’ according to the Dalai Lama) in Beijing on May 23, 1951 by Ngabo Ngawang Jigme, the former governor of the eastern province of Kham, then a prisoner of war. The Tibetan delegates were ‘trapped’ into this (the seals of the Tibetan government had to be forged for the purpose, but never mind). The consequences for Tibet would be most momentous; Tibet would lose its independence.

This and many other promises would never be kept. Though the agreement meant an obvious loss of autonomy for Tibet, which was bad for India’s frontiers, an attitude of hopelessness prevailed in Delhi during the following months and years. At the same time, Nehru was trying to solve ‘more important’ problems, i.e. Korea, for example.

As soon as the Tibetans had signed on the dotted line, Mao sent the PLA into Tibet to ‘implement’ the clauses which were convenient to China. On September 9, 1951, several thousand PLA troops entered Lhasa under the command of General Wang Qimei; subsequently 20,000 troops began to occupy the most strategic points on the Tibetan Plateau. With no objection from the Government of India on the takeover of Tibet, Mao wanted the supremacy of the PLA to be established on the ground.

Once the military takeover of Tibet was ‘legalized’ by the 17-Point Agreement, the Communist plans unfolded. The next step for Beijing was to subdue the Indian government with a well-orchestrated propaganda of ‘eternal friendship’ between the two Asian giants; the ‘Hindi-Chini-Bhai-Bhai’ honeymoon between Delhi and Beijing began to flourish. But over the next months and years, Indian officials posted on the Roof of the World would discover the true objectives of the Communists; nobody in Delhi or the Indian embassy in Beijing was ready to listen to their reports.

In April 1954, India and China signed the so-called Panchsheel Agreement about Tibet, to which the Tibetans were not even invited to participate. India’s long border with Tibet (now China) was wishfully deemed settled in the process; Delhi thought that by signing this hasty agreement, it had ‘fixed’ the border.

Two months later, with the ink on the treaty hardly dried, Chinese troops walked into Indian territory; the PLA entered for the first time in Barahoti, a small flat grazing ground located in today’s Chamoli district of Uttarakhand.

It was another broken promise, the first two of the Five Principles (‘Panchsheel’) spoke of ‘mutual respect for each other’s territorial integrity and sovereignty and mutual non-aggression’. At that time, the Indian Government started noticing some cartographical aggression by Beijing; it was the beginning of ‘Chinese Aggression in Maps’.

Every year, intrusions are reported in this area ‘perceived’ by China as its territory, even though the small basin is located south of the watershed marked by the Tunjun-la pass. In April 1958, for the first time, officials of India and China sat together to try and sort out the issue. It was a first rehearsal for the long negotiations which would take place in 1960. Both would lead nowhere. As a compromise, India agreed that Chinese ‘unarmed’ patrols could visit the place in summer till the case was solved; Beijing never kept its promise and repeatedly sent armed soldiers to Barahoti. Sixty-two years after the negotiators agreed to be unarmed, the Chinese still cross the Tunjun-la and walk into the desolate area.

Worse, on June 4, 2017, PTI reported: “Two helicopters of the People’s Liberation Army of China hovered over Chamoli district in Uttarakhand, triggering concern in India’s security establishment about the fourth such incursion into Indian airspace since March that year.” This was two weeks before the start of the Doklam standoff.

During the ‘Wuhan Consensus’, President Xi Jinping and Prime Minister Modi tried to find a modus operandi on the border to avoid incidents such as in Doklam but Chinese intrusions continued to take place and helicopter aerial violations were reported in 2018 and 2019.

One could list many more broken promises, the minutes of a meeting held between China and India in 2012 proved that the mutual agreement not to disturb the tri-junction of Bhutan-Sikkim-Tibet was not respected; on June 16, 2017, Beijing broke its promise and started to build a road in Doklam area.

Further examples could be cited.

With this mindset, it is not surprising that the Chinese troops did not respect the agreement reached at the meeting of the Corps Commanders on June 6 to disengage from Galwan and Hot Springs sectors… and to remain unarmed (a mace is after all a weapon, isn’t it?). India should learn that Beijing respects its commitments only when it is convenient for its objectives or interests.

Tibetans and Uyghurs too, who were the first to suffer broken promises, should remember this, if they want to negotiate one day a solution for the future of their motherland.

(The author writes regularly on Tibet, China, India and Indo-French relations. Views expressed in this article are personal.)