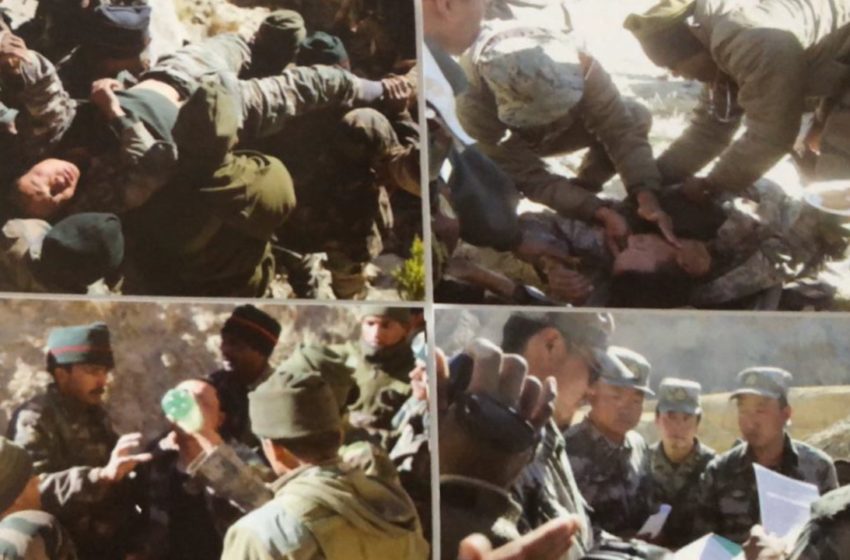 BYGONE ERA: A Chinese officer who fell into a gorge at Chumar in September 2014 was rescued by Indian troops, treated and handed over to the PLA.

NEW DELHI: An indication of how interactions between Indian and Chinese soldiers along the Himalayan frontier have gone south in just five six years is the way China took three days to release 10 Indian soldiers they had taken in custody following Monday’s brutal clash in the Galwan Valley. In earlier faceoffs there are instances of Indian doctors and soldiers having administered medical treatment to Chinese soldiers. For example, in 2014, during the Chumur faceoff, a young Chinese officer, trying to out-manoeuvre the Indian line of defence at an altitude of 13,000 feet, slipped and rolled down the mountain side, injuring himself in the bargain. The Indian side first helped recover the officer from the gorge and then treated him before handing him back unharmed.

On Thursday, the 10 Indian soldiers, including four officers, were returned unharmed but that it took 48 hours of intense negotiations to get them back at Patrol Point 14, the site of the clash, speaks volumes about the deterioration in the relationship between the two sides. Meanwhile, on Friday the Chinese foreign ministry said China hasn’t seized any Indian personnel. As already reported 20 Indian soldiers, including the Commanding Officer of the 16 Bihar battalion, succumbed to their injuries after a brutal fight with the Chinese who had come prepared with nail-studded batons and heavy chains. However, the Indians, it is now becoming clearer, also gave as good as they got. At least 30 Chinese soldiers are said to have been killed in the scuffle that lasted over five hours well into darkness.

The two sides are now talking to try and bring temperatures down and ensure there is no further bloodshed but those who have been deployed on the India-China border and have taken part in meetings at designated border points in the past now feel that mistrust has crept into the interactions. One of the reasons cited is the fact that the regular People’s Liberation Army (PLA) units are being increasingly deployed along the LAC, replacing the Border Defence forces, normally entrusted with patrol duties close to the LAC. Members of the Border Defence forces (one step below the regular PLA units in status), spent years on the border and are better acquainted with border protocols and are even familiar with their Indian counterparts at various meeting points.

In the current standoff at different places along the LAC in Ladakh and even in Sikkim, it has been noticed that new units of the PLA have come further up near the border and are less than friendly. The brutality and intensity of physical fights (no bullet has been fired on this border after 1975, but that’s hardly any solace) has shown a new level of physical violence, not witnessed earlier. The attack on June 15 on the unsuspecting Indian troops was clearly pre-meditated since the Chinese side had come prepared with medieval weapons meant to inflict grievous injuries. Questions have also been raised about why Indian troops when attacked did not use their firearms. Two reasons have been advanced by those who know what happened that evening. One, a strict protocol—drilled many times over into the minds of soldiers on both sides—that prevents the use of guns along the LAC, prevented the troops from opening fire. The other, more plausible reason is that in the narrow confines of the Galwan Valley, the soldiers were not sure of foe and friend in the dark and therefore refrained from using guns. The terrain must be taken into account too. The fight took place in a narrow gorge, ringed by steep cliffs on either bank of the fast flowing river after dark. The altitude—14,000 feet—is itself a deterrent to carrying out any intense physical activity. But by all accounts Indian soldiers, caught by surprise initially and shocked that their commanding officer was seriously injured in the first wave of attack, took the fight into the adversary’s camp.

The Galwan incident may as well become an inflection point in the border management matrix along the LAC in the subsequent years. For nearly 40 years, this border—unlike the one with Pakistan—has been rather peaceful but now all bets are off. How the new protocols evolve, how the future Border Personnel Meetings take place, will surely be revisited. The longest disputed border is no longer peaceful and there is no guarantee anymore that Galwan-like or even more brutal encounters will not occur again.