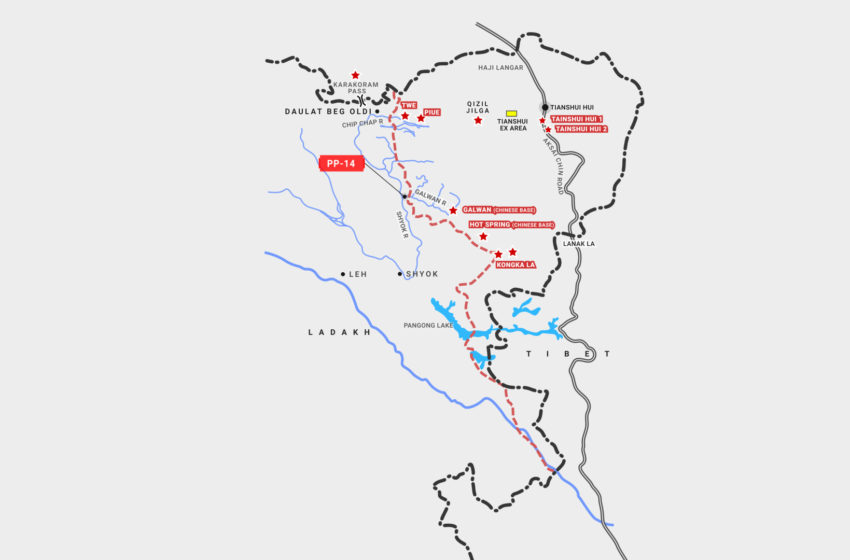 NEW DELHI: India has decided to ignore China’s stratagem of blowing hot and cold on the border standoff in Ladakh. Instead, it is preparing for a prolonged deployment of additional troops and even a possible kinetic action as a last resort in coming months, according to multiple sources in the security establishment.

In Delhi, no one is willing to believe the Chinese assertions about wanting peace when all signals on the ground are to the contrary. “We are not taking any of the Chinese statements at face value,” a top functionary said. He pointed out that India on its part has remained consistent in demanding that China meet two preconditions forthwith: one, PLA troops must go back to ‘permanent locations’ from where they moved closer to the LAC, and two, both sides must resolve outstanding issues in an “expeditious manner and in accordance with the existing agreements and protocols”.

On Thursday, Anurag Srivastava, Ministry of External Affairs (MEA) Spokesman, pointed out that “complete disengagement requires re-deployment of troops by each side towards their regular posts on their respective sides of the LAC. It is natural that this can be done only through mutually agreed reciprocal actions. Thus it is important to bear in mind that achieving this requires agreed actions by both sides.” The term ‘regular posts’ is a reference to India’s insistence on the PLA initiating the process of disengagement and de-escalation by moving back to their cantonments (permanent locations in Tibet and Xinjiang) first, before India reduces the quantum of forces in Ladakh.

While China has deployed two mechanised infantry divisions plus combined arms brigades along the LAC (nearly 25000 troops), India has matched the force levels by inducting additional two divisions equivalent force (nearly 20,000 soldiers) to augment the presence of one Infantry Division permanently located in Ladakh. Both sides have also deployed tanks and artillery. In all military talks at the Corps Commanders level, India has stuck to its demand that if China wants the matter to be resolved, the first move has to come from the PLA. All other suggestions such as ‘equal and mutual withdrawal’ have been rejected unequivocally.

Indian decision makers on China are also analysing mixed messaging from Beijing on the situation along the LAC in Ladakh and weighing options accordingly, even as talks at the military level have been stalled for over two weeks.

People familiar with the situation said Chinese diplomats and civilian officials have been making conciliatory noises, dropping a hint here and a suggestion there to end the stalemate on the border but the military leadership on the ground continues to be belligerent, building infrastructure in Aksai Chin close to the LAC, indicating intentions for a prolonged stay.

Sources said officials from China’s Ministry of Foreign Affairs (MOFA) who attend the meetings of the Working Mechanism on Consultation and Coordination (WMCC) with their Indian counterparts have suggested ‘mutually acceptable’ withdrawal of the forces on the border, even going to the extent of saying it should be done on ‘humanitarian grounds’ considering that the winter months will be harsh on the soldiers on both sides.

However, India’s ISR (intelligence, surveillance and reconnaissance) inputs point towards frenetic build up of back-up support for frontline troops deployed along the LAC in Aksai Chin. Optic fibre cables are being laid, shelters are being put in place, bridges are being built over streams and rivulets and key location points are being readied for troop and equipment deployment, indicating military preparedness for a long haul even through the upcoming harsh winter season when temperatures dip to minus 30-35 degrees Celsius in these super high altitude areas.

However, on Thursday China’s Defence Ministry Spokesperson Wu Qian was quoted by Global Times as saying in Beijing that “India and China have agreed to further ease border tensions. Following active efforts from both sides, frontline troops have made progress in disengagement”. He did not give further details.

Earlier this week, China’s Ambassador to India Sun Weidong said: “Not long ago, an unfortunate incident happened in the border areas that neither China nor India would like to see. Now we are working to handle it properly. It is a brief moment from the perspective of history.” Sun said that in order to achieve development goals, both countries need a “peaceful and favourable” external environment. “China and India, neighbouring countries, should live in peace and avoid conflicts,” he added.

Meanwhile, the Indian military is well ahead of schedule in completing its winter stocking for regular and additional troops deployed in Ladakh since the standoff began in early May. Logistics bases, additional shelters and communication facilities have come up all over the Ladakh countryside. “The hills are swarming with troops and workers putting up infrastructure, gun positions and supply nodes,” officials involved in executing the plan for semi-permanent presence said. India is prepared to sit through the harsh winter, if the Chinese refuse to go back to their regular posts.

If Chinese troops stay along the LAC in the super high altitude areas, it will be their first experience since in previous years PLA troops have exercised in Aksai Chin only during the Spring-summer months. Indian soldiers, on the hand, have plenty of experience in operating in high altitude and super high altitude (above 15000 feet) areas, whether in J&K, Siachen, Sikkim or Arunachal Pradesh.