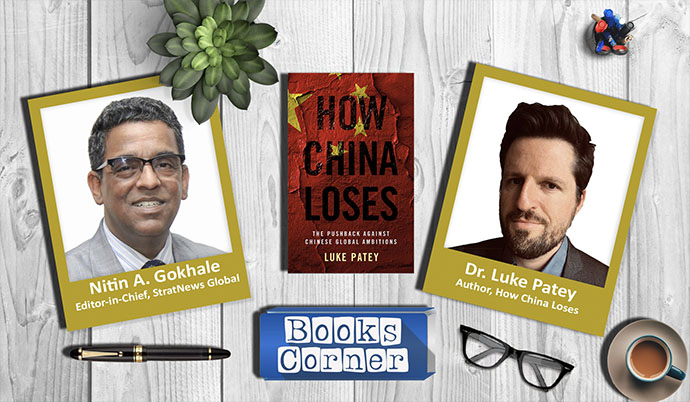 NEW DELHI: The current direction of China’s foreign policy very much threatens the rise of its future power, says Luke Patey, author of the book ‘How China Loses’. By upsetting ties with the U.S., Europe, Canada, Japan, Australia and India, China will just run into walls, he told StratNews Global Editor-in-Chief Nitin A. Gokhale on ‘Books Corner’. Patey, a Senior Researcher with Danish Institute for International Studies, pointed to the Quad, saying it has grown as China has been ‘assertive in its military and economic coercion’. He also spoke about Chinese investments in Africa and Europe and why he feels the infrastructure act in the Belt and Road Initiative (BRI) play is coming to an end. According to him, China is a major power but it isn’t preordained to dictate the future. Tune in for more.