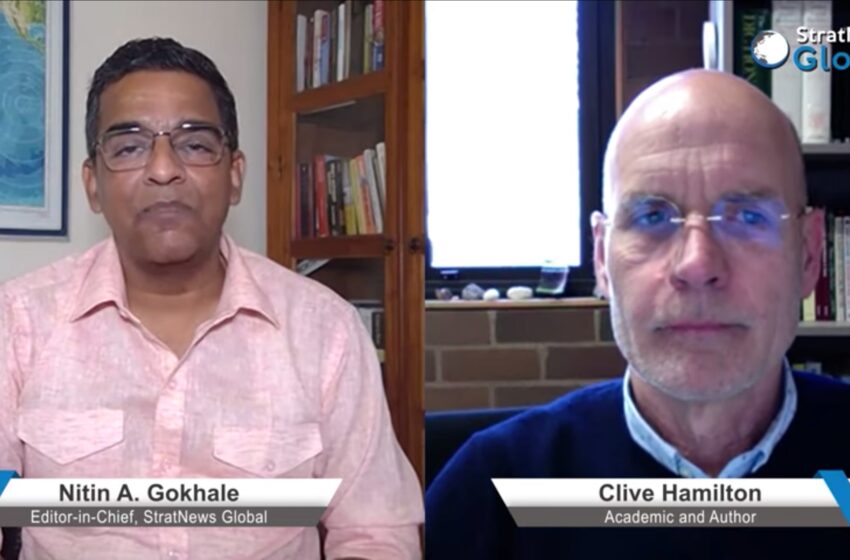 NEW DELHI: Chinese President Xi Jinping’s signature project—The Belt and Road Initiative (BRI)—is disconcerting for many countries. It is projected as a means for other countries to benefit from China’s capital and infrastructure-building capacity but in China it is seen as a grand project that will help assert China’s strategic influence around the world, says Australian academic and author Clive Hamilton. Speaking to StratNews Global Editor-in-Chief Nitin A. Gokhale, he added: “It’s really about shaping the way people think about China and the Chinese Communist Party (CCP)”. Hamilton also dwells upon the ‘enormous importance the CCP puts on the battle of ideas’. So, it tries to win over think tanks, intellectuals and the media in other countries, including in India where it has targeted ‘elites’.