Ahead Of Party Congress, Former Chinese Minister Jailed For Life

Former Chinese vice minister of public security Sun Lijun has been jailed for life for corruption. He was given a suspended death sentence for taking over 646 million yuan of bribes, which will be commuted to life imprisonment after two years, with no possibility of parole. He was also sentenced to eight years for manipulating the stock […]Read More

Sri Lanka will host roadshows in India towards the end of this month to promote the island nation as an attractive tourist destination. Each roadshow will include B2B sessions facilitating discussions, followed by an evening networking event that will also help improve business partnerships. Over 50 Sri Lankan travel agencies and hotels will be participating at […]Read More

The recent reshuffle of the leadership of the Myanmar military’s proxy Union Solidarity and Development Party (USDP) reveals that the party is once again in the grip of a power struggle. Earlier this month, USDP chair U Than Htay was replaced as acting chair with current vice chair U Khin Yi after a three-day meeting […]Read More

The Islamabad High Court (IHC) has deferred contempt proceedings against former Prime Minister Imran Khan after he expressed willingness to apologise to an Additional District and Sessions Judge for his remarks made against her at a public rally a month ago. In its written order, the court observed that in his submission, Imran said that he […]Read More

The world’s response to the flood devastation in Pakistan is commendable but far from meeting the country’s need, Prime Minister Shehbaz Sharif has said. “We are among the top ten most vulnerable countries [to climate change],” he told Bloomberg TV in an interview, adding that around 1,500 people had died due to floods which have displaced […]Read More

China Unveils Culture Development Plan For 2021-2025 China has unveiled a five-year (2021-25) plan to promote “socialist culture” and lay the “strong grounding” in this regard. Calling culture, the soul of a country and nation as well as the soul of national governance, the plan noted that without the prosperity and development of socialist culture, […]Read More 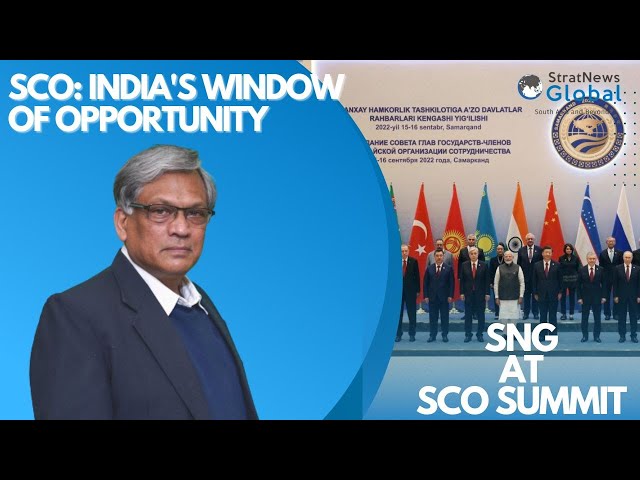 SAMARKAND: The recently concluded heads of state summit of the Shanghai Cooperation Organisation (SCO) in Samarkand, Uzbekistan presents India many opportunities: the question is can it capitalise on them? The question is very valid. India is a relative late comer to this region, waking up about a decade ago with the focus on connectivity and […]Read More Disintegration Of The Old World Order, A Decade Of Uncertainty

NEW DELHI: The Covid-19 pandemic and the Russia-Ukraine war have exacerbated an already disruptive world order, says former Foreign Secretary Vijay Gokhale. The former career diplomat told StratNews Global Editor-in-Chief Nitin A. Gokhale on ‘The Gist’ that India has managed the twin crises better than most countries and is on course to developing its economy, […]Read More

China’s Top Archaeology Institute Struggles to Hire Archaeologists China’s top archaeology research institute dedicated to a UNESCO World Heritage Site is having difficulties in recruiting talent in the field, even as the country places high importance on the sector. The archaeology institute at Dunhuang Academy in the northwestern province of Gansu, which oversees the Mogao […]Read More