Rohingya Muslims at a refugee camp in Bangladesh.

NEW DELHI: Pressure is mounting on the International Court of Justice to make public the report filed by the Myanmarese government into the mass attacks on and expulsion of the Rohingya from Rakhine state. The report was filed in May and would have included the measures being taken by Myanmar to ensure the safety and security of the Rohingya.

Groups representing the Rohingya are apprehensive that if the report remains confidential, it will enable Myanmar to skirt its obligations under the UN Genocide Convention. There is another fear: in the absence of any concerted effort to ensure justice for the Rohingya, they are getting radicalized by an assortment of Pakistani NGOs linked to the Inter-Service Intelligence of the Pakistani army.

These NGOs are operating in squalid Rohingya refugee camps in Bangladesh and include the Falah-e-Insaniyat Foundation (FiF) of the Lashkar-e-Taiba and the Al-Khidmat Foundation. Investigations by Bangladesh and Indian security agencies indicate that these NGOs, in the guise of welfare activities, have been able to frame grievances of the Rohingya into a larger religious narrative, justifying jihad as a means of redemption. It could blow up, drawing in militants from South Asia and Southeast Asia.

It would be wrong to attribute the presence of Pakistani NGOs only from 2017. There have been earlier crackdowns in Myanmar forcing the Rohingya to flee to Bangladesh. The FiF, for instance, has been active since the 2004 tsunami and was among the first to reach out to the Rohingya Solidarity Organisation (RSO) with offers of food and other assistance. Slowly this extended to military help with the RSO being given small arms, ammunition and training.

In July 2012, Lashkar chief Hafiz Saeed addressed a rally in Pakistan where he anointed Abdul Qadoos al Burmi as head of the Harkat-ul-Jehad-al-Islami. Burmi had fled Rakhine state in the 1980s for Karachi, and was well known to the Lashkar leadership. He, in turn, recruited Hafiz Taucher alias Ataullah, born in Pakistan but whose family came from Maungdaw district in Rakhine state. Ataullah took over as head of the RSO which was renamed Arakan Rohingya Salvation Army (ARSA). Senior Lashkar operatives like Shahid Mehmood set up an arms supply route to the ARSA, while Ustad Wazir and Fareed Faizullah, both Pakistani nationals of Rohingya origin, began indoctrination and training of Rohingya recruits. This was confirmed when the Bangladesh authorities arrested and interrogated Karachi cleric Noorul Amin and Ali Ahmed, an Afghan war veteran.

In October 2016, Rohingya militants attacked a Border Guard headquarters of the Myanmar police in Rakhine state. The attack appeared to be the work of Salahul Islam, first military chief of the ARSA. Indications of something big being planned had come out a year earlier with the arrest of a group of Sikh militants who had trained in the use of explosives in a Rohingya camp run by the Lashkar and ISI. They said their training was supervised by one Col. Chaudhary of the ISI.

The steady rise of ARSA appears to have given new life to Al Qaeda, which has laid out three objectives vis a vis Myanmar: help and defend Muslims in Myanmar, avenge oppression of Muslims by the Myanmar military and retaking of the “Islamic Arakan” (Rakhine state) from the occupying military. In its magazine Al-Balagh, Al Qaeda has urged Muslims all over the world to join the fight against oppression of the Rohingya.

Pakistan has stepped up its support for the Rohingya internationally, hoping the pressure on the Myanmarese government will prompt an even harsher crackdown and intensify Rohingya fight back. In June 2015, former prime minister Nawaz Sharif wrote to the president of the UN Security Council seeking that pressure be put on the Myanmarese government to grant citizenship to the Rohingya. Assistance was also sought from the Organisation of Islamic Conference (OIC) to set up a fund to provide food and other help to the Rohingya. In September 2017, Pakistan sought an emergency session on the Rohingya issue be debated in the United Nations and the OIC.

The OIC has described the expulsion of the Rohingya from Myanmar as a “textbook example of ethnic cleansing. We affirm the commitment of the OIC to continue to act at all international and regional levels in support of the cause of the Rohingya people.” In May 2019, it called for a case to be filed in the ICJ against the Myanmarese government. In January this year, the ICJ ordered Myanmar to prevent further genocidal acts against the Rohingya and file periodic compliance reports to that effect.

None of this compensates for the tragedy on the ground and the culpability of the Myanmarese government. Pakistan’s own efforts have done little to alleviate the misery of the refugees, rather it is capitalizing on their situation to set off new fires in Myanmar and South Asia. 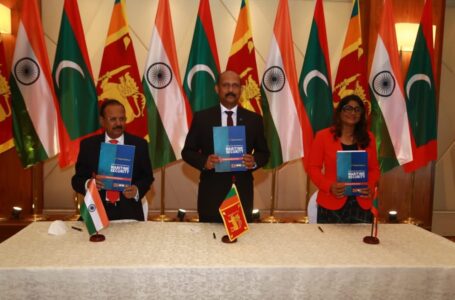