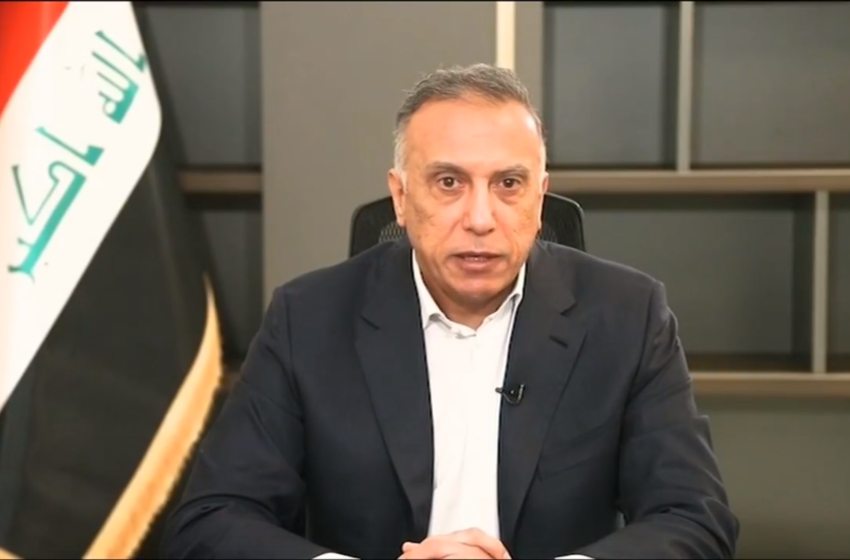 NEW DELHI: The assassination attempt on Iraq’s prime minister Mustafa Al-Kadhimi should not come as a surprise. Kadhimi, who was the victim of a drone attack on his home on Sunday had been under pressure ever since the results of the October 10 elections that set up Shia cleric Moqtada al-Sadr as kingmaker and possible prime minister with 73 seats in the 329-strong parliament.

Sadr’s strident demand of “Iraq for Iraqis” has not gone down well with pro-Iranian militias in Iraq. The fallout has been that violence in Baghdad on Friday between pro-Iranian militia supporters and Iraqi security forces. Statements by leading figures in the pro-Iranian militia camp (who had contested the elections under an umbrella organisation called Fatah (Conquest) and lost heavily), made it clear there was no love lost for Kadhimi.

So while PM-in-waiting Moqtada al-Sadr denounced the attacks and warned that the “terrorist act that targeted the highest authority in the country was a clear and explicit targeting of Iraq,” Mahmoud al-Rubayi, spokesperson of the Sadiqoon bloc – the political wing of the Asaib Ahl al-Haq militia that is part of the Fatah alliance – cast doubts on the attack on the prime minister.

“The attack was a made-up explosion. It was done in order to cover up yesterday’s crimes and occupy public opinion,” he said on Iraqi television.

While the perpetrators have not yet been identified, the assassination attempt is a warning. Kadhimi and in turn Sadr, have been vocal about disbanding the Hashed al-Shaabi, a paramilitary organisation believed to comprise 150,000 Iranian-backed militiamen. Formed in response to defeating ISIS in 2014, the group has consistently resisted calls to merge with the Iraqi security forces. They instead have strong relations with Iran’s Revolutionary Guard Corps (IRGC) and the Hezbollah in Lebanon. Any crack down on these militias could be met with resistance that would have Tehran’s tacit approval.

Ali Shamkhani, secretary of Iran’s Supreme National Security Council, stated as much when he blamed “foreign think tanks” for the attack, a reference many saw as placing the blame on the US. “They (the foreign think-tanks) have brought nothing but insecurity, discord & instability to oppressed Iraqi people through creation and support of terrorist groups and occupation of this country for years.”

So where does Iraq go from here? It’s clear that Iranian influence will not wane that easily. The concern is the withdrawal of 2,500 US combat forces from Iraq by the year-end as announced by President Biden in July, will embolden Iran to increase its militia presence in the region.

That could affect Iran’s ties with Saudi Arabia. The two nations have been holding low-level talks in Iraq under the ambit of Prime Minister Kadhimi. It isn’t just Iran and Saudi Arabia, Iraq’s relationship with Gulf nations could be affected too. Kadhimi has gone out of his way to win over the Gulf nations. A summit in late June between Egypt and Jordan to deepen economic ties followed up by a larger one in August between Egypt, Iran, Jordan, Saudi Arabia and the UAE had set up the Iraqi prime minister up as a power-broker who would deepen Iraq’s influence with GCC nations and loosen its dependence on Iran.

But if Iranian-backed militias end up dominating Iraqi politics, desperately required economic aid promised by Gulf nations may end. Iraq has a budget deficit of $20 billion and has devalued its currency by 20% in December making it 1,450 dinars to the US dollar. The IMF expects Iraq’s economy to contract by 12% this year. Kadhimi had warned earlier this year that if aid was not forthcoming, government employees could not be paid, which would result in large scale unrest.

Kadhimi is right on that front. Mass protests since October 2019 have taken place with public demands revolving around jobs, infrastructure, better healthcare and housing. This could be a problem for the Iranian-backed militia groups should they attempt to muscle in. The dissatisfied youth are mainly Shia not Sunni, making it difficult to move against them. Kadhimi too has Iran’s tacit backing despite his Western-educated background. So, the attack should be seen for what it is – a warning. However, whether and how much Iraq’s prime minister chooses to heed that warning remains to be seen.