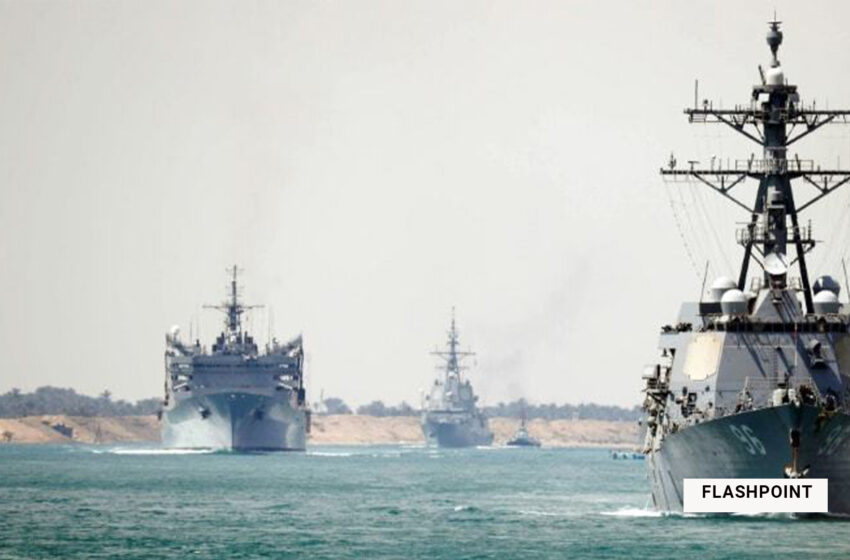 NEW DELHI: Home to over 20 percent of the world’s oil trade, the Strait of Hormuz has been the world’s most important oil artery. Just 33 km wide at its narrowest point, this strip of water which flows into the Persian Gulf, has been the focus of crisis situations mostly involving the United States and Iran, each seeking to assert its dominance in the region through control of the Strait.

Iran’s President Hassan Rouhani has threatened in the past, to ‘choke’ or block the strait through rocket attacks, or interdiction using submarines and speedboats, to disrupt the flow of oil and natural gas from Iraq, Kuwait, Bahrain, Qatar, Saudi Arabia and the United Arab Emirates. Result: the global economy will go into a tailspin. But times have changed and a weary Tehran, worn down by sanctions, is changing its calculus – it’s now looking to bypass the Strait altogether to get oil through to its allies – the main among them being China.

Both Iran and China share similar concerns regarding the US’s recent initiatives. The sizeable US military presence in the Gulf, including control over ports in South Yemen, the UAE and even the Horn of Africa, has meant that Iran has been unable to export its oil via the Strait route, which is its economic lifeline. Recently, four Iranian oil shipments bound for Venezuela were intercepted resulting in the seizure of 1.1 million barrels of fuel.  For China, increased US naval activity in the IOR and the blockade of the Malacca Straits, is a big cause for concern.

It’s here that Beijing and Tehran have a common interest and here’s the reason why the yet to be confirmed $400 billion deal between the two, has made world headlines. It could stir up activity in an already volatile region. But there are hurdles namely the Iran-owned Kish Islands. Fears of Beijing owning and setting up a military base on the island are as of now far-fetched, but enough to irritate the US. According to the US Defense Department, last year there were over 80,000 US troops in the region backed up by drones and other military aircraft based in Bahrain and Qatar, apart from naval vessels. This makes it unlikely that Iran will hand over Kish Island to China but will continue to leverage that connect to keep the US in suspense and uncertainty.

What is more pragmatic and will continue – deal or no deal – is Tehran’s bid to safeguard and diversify its energy interests away from the Strait. On June 25, President Rouhani announced the 1,000-km-long Goreh-Jask oil pipeline on the east coast, bypassing the Strait. Scheduled for completion in March 2021, it will make it harder (if not impossible) for the US to block Iranian oil sales. It also increases fears among some US analysts that Iran could block the Strait in future for political and diplomatic leverage, an unlikely move given the US’s superior forces in the region. However, the fact that President Rouhani has dubbed the construction of the pipeline as ‘strategic’, shows the importance Iran places on it.

While Iran is doing everything it can to ensure that the bulk of its oil and gas does not pass through the Strait of Hormuz it is toughening its stand against the US.  West Asia watchers confirm that a much harder and more aggressive line is being seen from Tehran not just from the political – that was to be expected – but from the military side as well recently.  Admiral Alireza Tangsiri, commander of the IRGC navy, recently warned that the entire southern coast of Iran had been fortified and missiles and submarines had been deployed. “We are your worst nightmare,” he was quoted as saying in the official IRGC publication, in remarks directed at the US.  This and the fact that Iran had recently conducted war games  within the Strait of Hormuz (where a replica US aircraft carrier was attacked) shows that Tehran is keen to send a message not just to the US but to its Gulf neighbours too.

Despite the mind games and the increased US belligerence, given their failure over the arms embargo and lack of support for ‘snap-back’ UN sanctions against Iran at the UNSC, both sides will not look to push matters beyond a point.  President Trump pulled back from the brink earlier this year and if his recent press conference is anything to go by, conflict is far from his mind. “If and when I win the election, within the first month Iran will come to us and they are going to be asking for a deal very quickly cos they are doing very poorly,” he said recently. Such statements suggest war is not in the offing, but the increasingly aggressive nature of measures taken by the US and Iranian navies will continue to make the Strait a cause for serious global concern.