NEW DELHI: Mauritius’ first woman President Ameenah Gurib-Fakim (2015-18), a biodiversity scientist, takes a magnifying glass to the weaknesses the coronavirus has exposed in humanity’s preparedness to deal with pandemics. In this exclusive conversation with StratNews Global Associate Editor Amitabh P.Revi, she stresses how dealing with the virus is highlighting inequality especially for the poor in times of lockdowns. Speaking from the town of Quatre Bornes in Mauritius, Ms Gurib-Fakim brings out the similarities in the pandemic and climate change with regards to a global-local connect. She welcomes any assistance India can provide in the form of testing kits and medicines but acknowledges that New Delhi will first look to its own needs. On the credit card scandal that forced her resignation two years ago, the former president claims it was internal politics that brought her down.  Ms Gurib-Fakim insists the money was repaid a year before the story was leaked. She insisted that although no longer in politics, she can make a bigger difference to her nation.

Mauritius, a paradise holiday destination, has the most cases in eastern Africa with seven deaths and 169 infected (as of April 2 when the interview was recorded). The country was one of the first in Africa to impose a lockdown on March 20. With essential supplies running  low, the government decided to re-open stores under strict rules. The 1.3 million population is divided into three alphabetical groups to decide on which days they are allowed to shop. The government has also distributed basic necessities to 30,000 of the poorest people.

A renowned biologist, Ameenah Gurib Fakim continues to take part in meetings on environmental issues organized by international organizations. She has authored and co-edited 28 books in the field of biodiversity conservation and sustainable development. In June 2016, she was in the Forbes List of the 100 ‘Most Powerful women in the world’ and 1st among the Top 100 Women in Africa Forbes List 2017. She was honoured as one of Foreign Policy’s 2015 Global Thinkers. 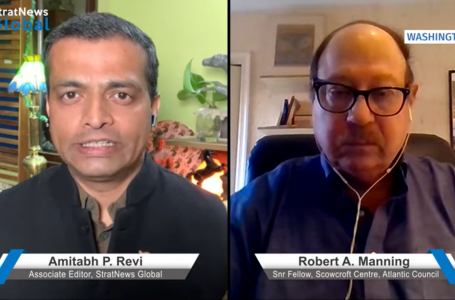