NEW DELHI: India has a rare opportunity of proving its leadership mettle on the global stage, having simultaneously assumed leadership of three key international bodies. For December India is the serving President of the United Nations Security Council (UNSC), the global body mandated with the task of maintaining international peace and security. Similarly, a little […]Read More NEW DELHI: The National Defense Strategy document unveiled earlier this year puts China as the most consequential and systemic challenge to U.S. national security and the free and open international system. Now, the Department of Defense’s annual report to the Congress says China’s strategy entails a determined effort to amass and harness all elements of its […]Read More NEW DELHI: India and Indonesia have launched a major ideological campaign to counter terror, leveraging their common tradition of tolerance and diversity. Addressing a conference on the role of Ulema in India and Indonesia to foster peace, National Security Adviser (NSA) Ajit Doval pointed out that with Indonesia, having the world’s largest Muslim population in the […]Read More NEW DELHI: “Straight Arrow” or “Mullah General”? Both descriptions have been ascribed to Lt Gen. Asim Munir, who was named as the next army chief by Prime Minister Shehbaz Sharif on Thursday. Straight Arrow because he is known to call a spade a spade, but also because reportedly, as ISI chief, he told then prime minister […]Read More 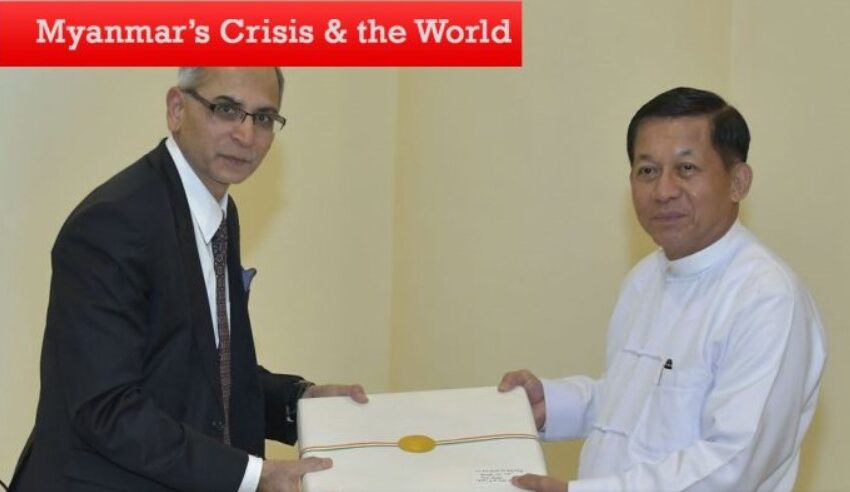 India’s foreign secretary paid a call on Myanmar junta chief Min Aung Hlaing earlier this week in Naypyitaw and discussed the potential for comprehensive bilateral cooperation, even as many foreign governments continue to impose sanctions against the regime. Vinay Mohan Kwatra’s November 21 visit was the first to Myanmar by a high-ranking Indian government official […]Read More